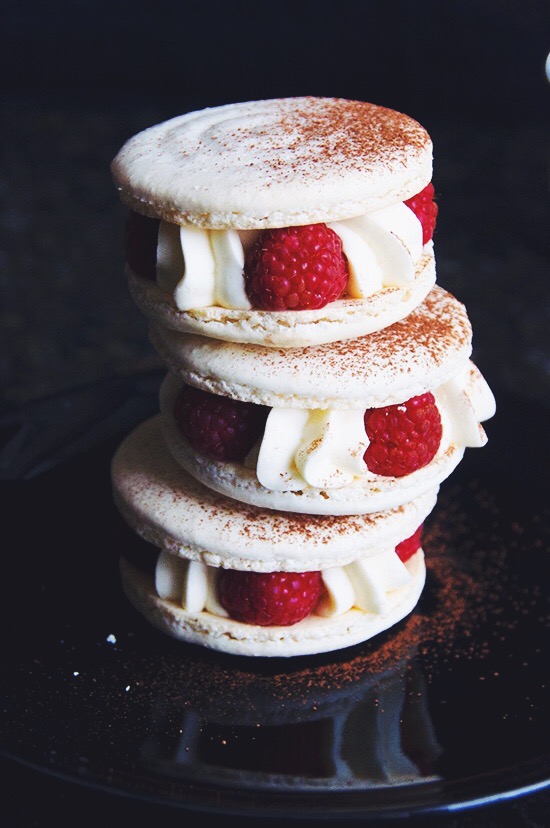 It's a tell-tale sign that you don't blog often enough when your second post in 2017 is in December. Yeah. I've been keeping myself busy that's for sure.
It's pretty hectic this time of year. Mostly at my workplace. So much to bake, so little time. Buffets for 400+ people every weekend this month! Would you believe me if I told you that the most popular item is jello? Neither would I.
One of the items that we need to prepare soon are macarons. I asked about how many we would need to make.
"A couple... hundred."
You're kidding.
They can be tricky little buggers, and on such a large scale, messing up is not option. I decided to practice making some at home beforehand. I hadn't made them for a while so I thought I might have lost my touch. Thankfully not!

In a small bowl bloom the gelatin in the water. Set aside for about 5 minutes. Meanwhile with a whisk attachment, beat the whipping cream, icing sugar and vanilla together until soft peaks form. Microwave the bowl with the gelatin until melted, about 10 seconds. With the beater running, add the melted gelatin slowly to the cream mixture. Beat until incorporated, careful not to over-mix.

Transfer whipped cream into a piping bag fitted with a star tip. Pipe about four shell shapes onto the backside of a macaron. Repeat this for half of the macaron shells.

In a small saucepan combine the Bailey's and whipping cream, bring to a simmer. Chop the chocolate and place in a heatproof bowl. Pour the hot cream over the chocolate and let it sit to melt the chocolate. Mix together, making sure there are no lumps. Allow to cool in order for it to thicken.

On every macaron shell that has whipped cream, place a dollop of the cooled ganache in the center. Add raspberries along the outside and place another macaron shell ontop. Dust with cocoa powder. Store in an airtight container in the fridge. Enjoy! 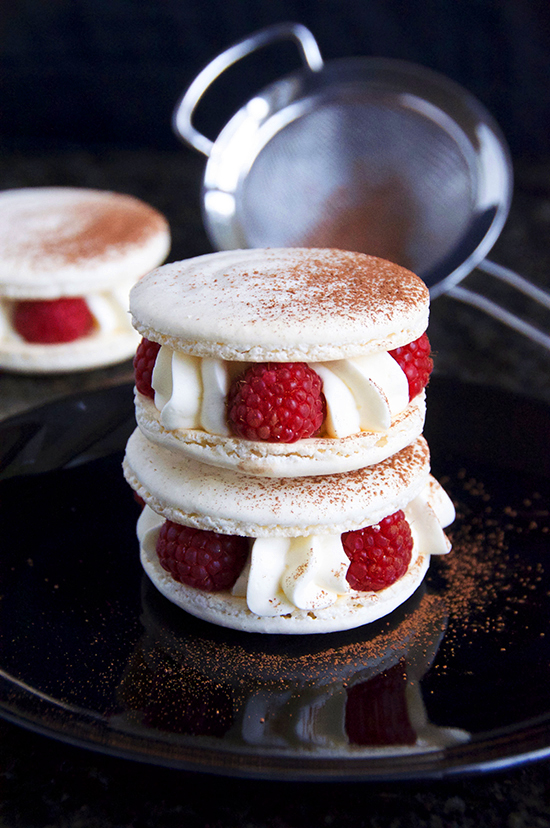 I'm certainly excited to make many hundreds of macarons this coming week. It will definitely test my skill (and patience), which in theory could be fun, right?
I'll be sure to let you guys know how that goes.

Bye for now! Have a Merry Christmas and a Happy New Year! 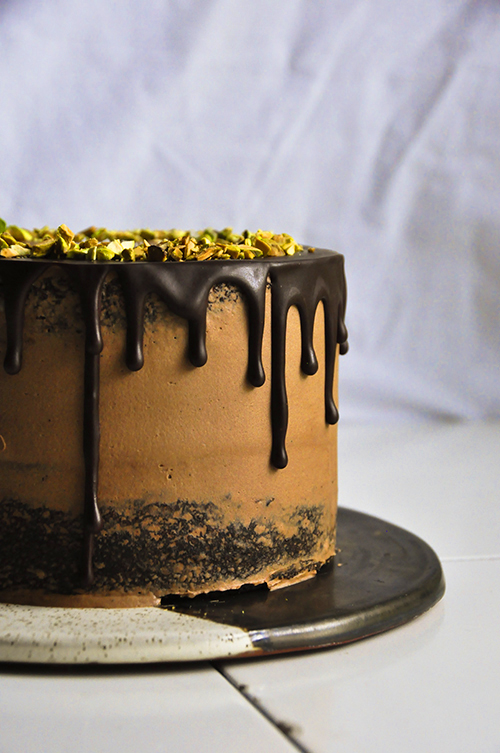 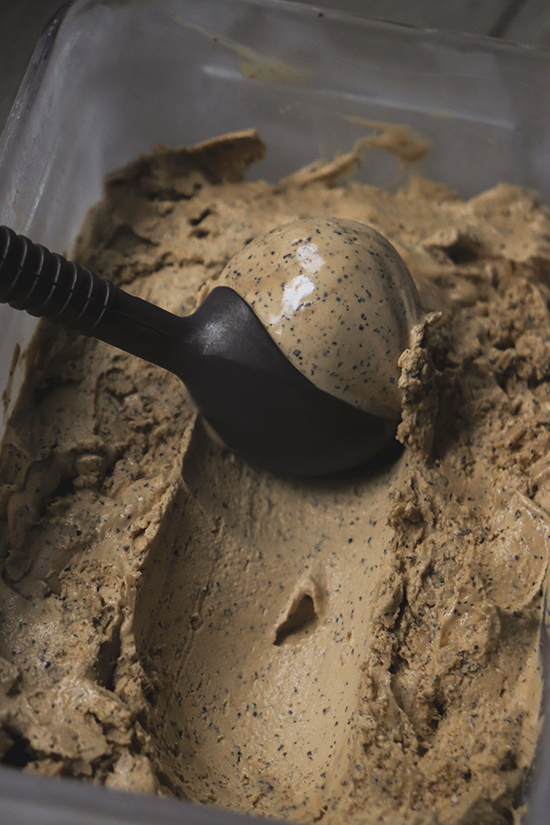 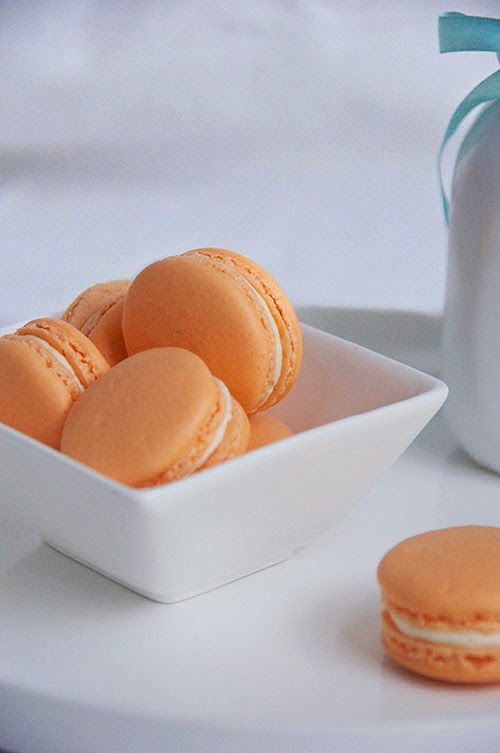 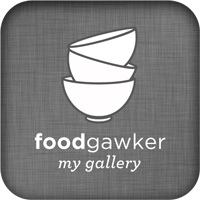